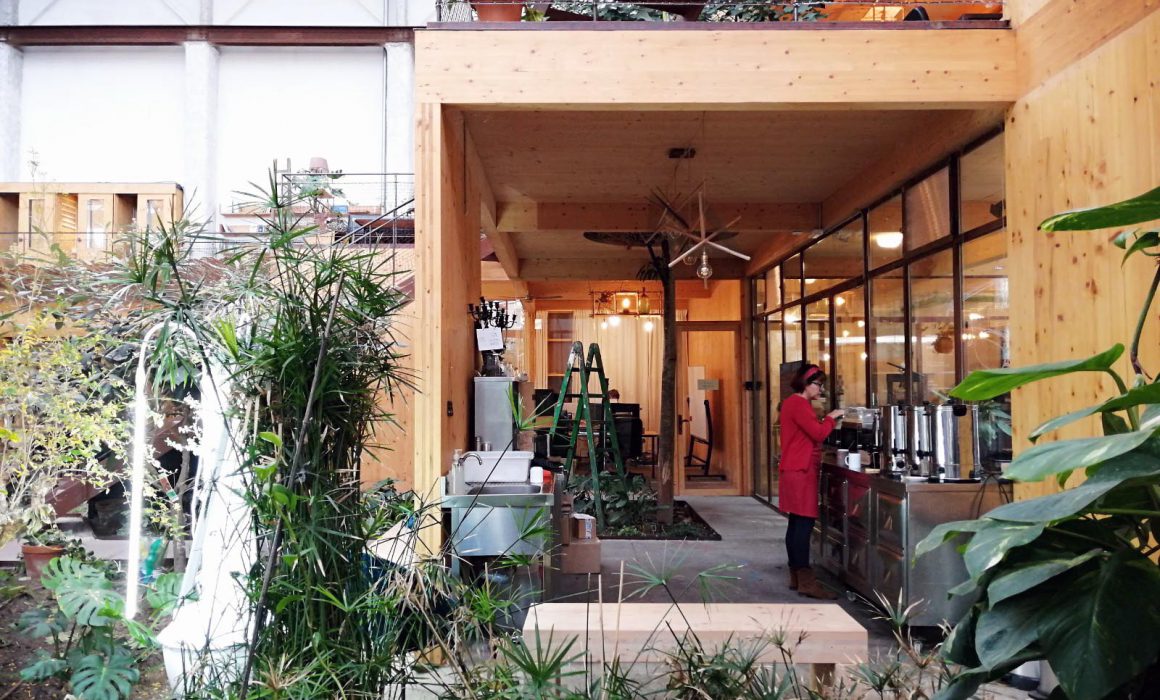 Biophilia and architecture: trend or necessity?

«There are few feelings that provide man greater comfort in his sorrows, more quietude in his labours, greater calm in the midst of life’s struggles and more serenity for the spirit than the feeling of Nature. When possessed with certain vivacity, the contemplation of the countryside is the greatest sedative for the ills of the spirit. Breathing in the landscape brings one of life’s greatest pleasures.» And so wrote Miguel de Unamuno in 1897 regarding the effect of one’s proximity to nature on human well-being. Almost a century later and with the same approach, biologist Edward O. Wilson coined the term «biophilia,» which literally means the love of life.

And what would biophilia have to do with architecture and building? Biophilic design may sound like science fiction to us, but it is nothing more than trying to incorporate elements of nature in the spaces we inhabit. There are many strategies for doing this: emulating the forms of nature, creating visual connections with a garden, including plant or water features, or even working with natural light and the combination of light and shadow. If we think about it, these themes are as old as architecture itself and can be found throughout history. However, it is now, at a time when everything is measurable, that the real effect of incorporating these strategies into people’s health and well-being is being calculated, from the lowering of cortisol levels and to improving the quality of the air we breathe.

The first to relate plants, indoor air quality and well-being in the workspace was Indian researcher and biologist Kamal Meattle, who in 2004 demonstrated how we can obtain measurably purer indoor air by placing three very common plants (mother-in-law’s tongue, money plant and areca palm1) in specific areas in a home or office. CEO of the technology company Paharpur Business Centre (PBC), K. Meattle applied his theories in a 20-year-old, 4600 m2 building in polluted New Delhi, where he installed 1200 plants for 300 people. His research showed that workers suffer 34% fewer respiratory illnesses, 12% fewer headaches, 52% fewer cases of eye irritation, and 9% fewer of asthma. In fact, the PBC was India’s first LEED platinum-rated building in the category of operations in existing buildings and is one of the few buildings to meet the IAQ standards for indoor air quality of the World Health Organization (WHO).

«There can be no architecture without vegetation». This statement is part of the Selgas Cano architecture studio’s manifesto, which goes on to say, «it is in nature where the greatest beauty is found. What we do through architecture is try to approach nature, borrow its values, interpret it. Architecture that moves people does so through the relationship it establishes with nature»2. The co-working projects for Second Home are representative of this ideology. Both in the Ribeira Market in Lisbon (2017) and its London co-working space (2014), users work literally surrounded by vegetation in an environment akin to a greenhouse, which they claim has a positive influence on concentration and the creative process.

Singapore’s newly opened Jewel Changi Airport, with 1400 trees and a 40-metre waterfall, may be one of the buildings where biophilia has been applied on a grand scale, a project from Safdie Architects that is built around a five-storey inner garden with walking paths, simulated clouds, a labyrinth and an observation tower. Not nearly so monumental, but along the same lines is the central marquee of Madrid’s Atocha station, which Moneo converted in 1984 into a tropical garden. The original station stopped receiving trains, but began to accommodate rest areas, coffee shops and offices organized around the greenery.

In fact, if we continue to look back, we will find that, for many architects, working with nature has always been a necessary and recurring theme, even before the term biophilia came about. If we think about hotels and green space, we can not fail to mention Fernando Higueras’s fanciful Brutalist project for the Hotel Las Salinas in Lanzarote. A 1970s building in which vegetation is conceived as yet another project material, almost comparable to the omnipresent white concrete. A building conception in which each room strikes a relationship with the sea and where plants and planters form part of the structure itself, providing the privacy between rooms, acting as curtains and a backdrop for functional routes, or flooding the patios with life and colour.

Another pioneering approach in Spain, this time in connection with group housing, is that of the Espai Verd Cooperative in Benimaclet, Valencia. This compact landscaped city was an idea of the architect Antonio Cortés Ferrando, who in the 80’s made this ecological utopia come true, filling it with planters, viewpoints, fountains, a swimming pool, and even a hill of pine trees. A total of 108 homes enjoy cross ventilation and private green spaces. An ode to what is now called biophilia.

A good example of a home showing both respect for its environment and understanding of how well-being is produced through the connection with nature is the Lège Cap Ferret house by Lacaton and Vassal, in the Pays de Buch, France. A house that can be explained in two gestures: the first, that of raising the house above the ground in order to avoid modifying the land as much as possible and be able to freely move under it; and the second, that of preserving the trees without felling them in order to incorporate them into the house. An exercise, free of stridency, carried out by Anne Lacaton and Jean Phillippe Vassal in 1988.

It seems clear that biophilic architecture does not refer solely to what is proclaimed as such, and rather than an outdated trend, it look as though its theories are unavoidably being incorporated into future designs. In the current context of climate crisis and clients increasingly committed to the environment, perhaps is this architectural style, the most connected to the natural environment, the one to point the way forward.